Fourth of July: Celebrate with 4 of the Greatest American Speeches

The sky is sure to light up with fireworks come Friday evening, as Fourth of July celebrations come to full swing. There will be lots of music, picnics, and barbecues as well. In 1776, the thirteen colonies announced their separation from Great Britain. They formally adopted the Declaration of Independence, ushering the birth of America as an independent nation. 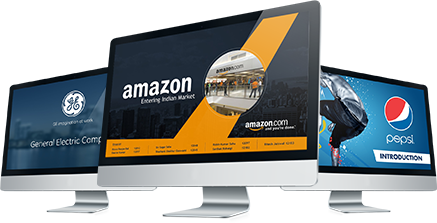 To celebrate the Fourth of July, we’ve compiled a couple of the greatest speeches in American history. As you go about your busy weekend, take a few moments to remember the people whose sentiments reiterated this famous passage:

“We hold these truths to be self-evident; that all men are created equal; that they are endowed by their Creator with certain inalienable rights; that among these are life, liberty and the pursuit of happiness; that to secure these rights, governments are instituted among men, deriving their just powers from the consent of the governed.”

Fredrick Douglass: What to the Slave is the Fourth of July? (1852) Fredrick Douglass was born a slave in Maryland until he was able to escape in 1838. When he was invited to speak at the Fourth of July celebration in Rochester, N.Y., he took it as an opportunity to point out the hypocrisy of celebrating independence and freedom while many still continued to live as slaves. The former president Abraham Lincoln delivered one of the most important speeches in American history in just about three minutes. The speech was to honor the soldiers that offered their lives during the Battle of Gettysburg. With it, Abraham Lincoln left an important message that echoed the importance of liberty and nationhood.

“Four score and seven years ago our fathers brought forth on this continent, a new nation, conceived in Liberty, and dedicated to the proposition that all men are created equal. Now we are engaged in a great civil war, testing whether that nation, or any nation so conceived and so dedicated, can long endure. We are met on a great battle-field of that war.” When John F. Kennedy won the presidency in 1961, he became the youngest and the first Roman Catholic to do so. In his inaugural address, he posed a challenge to his new constituents and urged them to serve the nation.

“I do not believe that any of us would exchange places with any other people or any other generation. The energy, the faith, the devotion which we bring to this endeavor will light our country and all who serve it. And the glow from that fire can truly light the world. The speech Martin Luther King, Jr. gave on the steps of the Lincoln Memorial was a defining moment in the civil rights movement. Calling for an end to racism, he outlined his vision of equality and harmony in America.

“We have also come to this hallowed spot to remind America of the fierce urgency of Now. This is no time to engage in the luxury of cooling off or to take the tranquilizing drug of gradualism. Now is the time to make real the promises of democracy.”

As we go about our Fourth of July activities, let’s take the time to remember our history. These passages ring of the importance of America’s most momentous occasion.